Canada and Spain are working together to increase pork trade.

Spanish organizations ANAFRIC and FECIC have initiated contacts to strengthen commercial relations with Canada for beef and pork.

Spanish organizations ANAFRIC and FECIC have recently initiated contact with Canadian counterparts and government officials to discuss trade relations in the beef and pork sectors between the two countries. The objective of this meeting was to find formulas to boost the commercial exchanges of beef and pork between Spain and Canada under the umbrella of the Global Economic and Trade Agreement (CETA).
Even with a tariff quota for export to the EU established under the CETA, Spanish imports of Canadian goods in this two sectors are very scarce. In this sense that Canada is making important efforts to produce beef according to European specifications (without hormones).
Canada has some 68,000 cattle farms concentrated mainly in the west of the country (75%) and fattening about 2.5 million animals (it is the 11th largest producer in the world). It is the 6th world exporter of beef (4.3% of world trade), not far from the EU (3.9%). Canada exports mainly to the United States (72% of its production), and imports from the United States, Australia, and New Zealand, with a net export/import balance of 25%.
As for swine production in Canada, it is based on some 7,000 farms concentrated in the east of the country (Quebec, Ontario, and Manitoba), which are very oriented to the production of piglets for the United States. They export almost 70% of their meat products to Japan, the United States, and China, and are increasingly betting on high-valued chilled products, instead of frozen meat. The signing this year of the CPTPP opens new opportunities for Canadian red meat in Asian countries.
At this time, Spain is the fourth supplier of pork in the Canadian market, accounting for 2.6% of its imports and there are opportunities to acquire a larger market share as it has experienced constant growth in recent years. 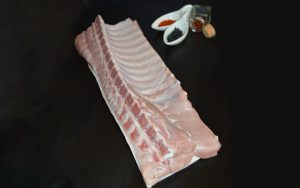