There is hope for the swine industry as a vaccine against African swine fever virus is on its way. Jose Manuel Sanchez Vizcaino, a Spanish researcher, announced that the disease could be cured and controlled in at least two years, informs CdeComunicacion website.

“We had been behind it for many years. I have had many failures along the way. Last year we started a very positive investigation. We work together with CISA-INIA and the Complutense University of Madrid. We found a virus that had the mutations that we would have liked to be able to do and that every time we tried it, it did not come out. Nature has made them and we have been lucky enough to find them after looking at many viruses over many years. From there, we started the trials both in domestic and in the wild, “he said.

A multinational company is already preparing to invest in the solution developed by the Spanish researchers and the delivery of the vaccine to international markets could be done in one year and a half or two, according to Sanchez. 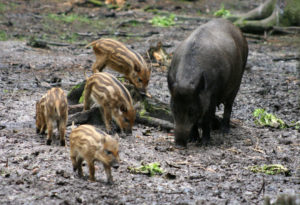